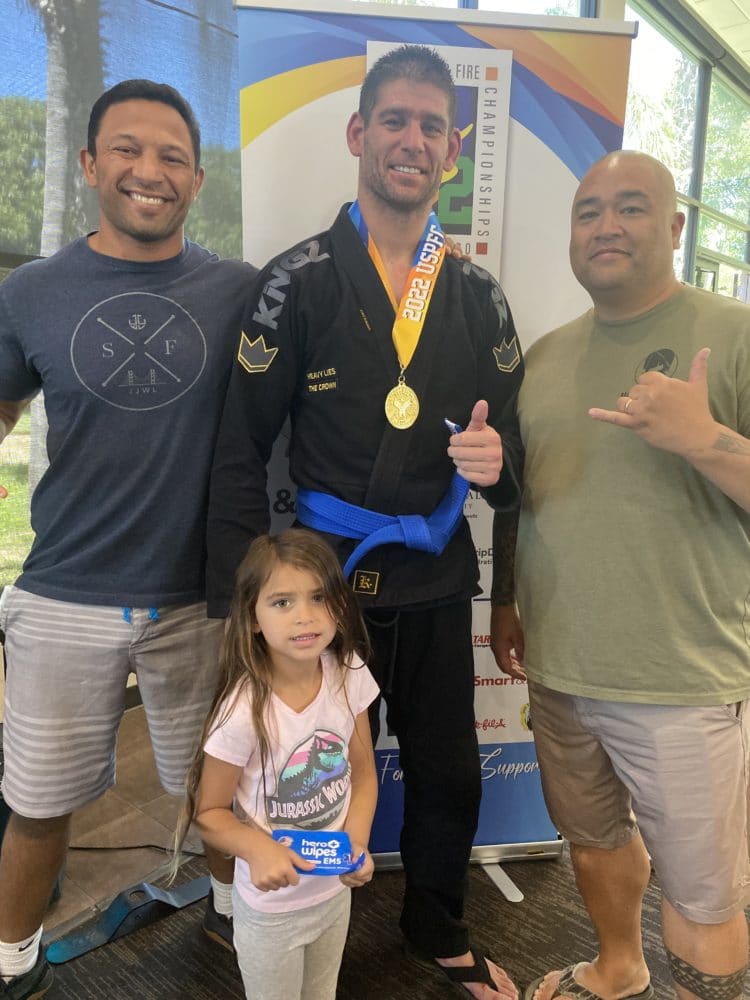 On Thursday, June 16th Merced MMA traveled to San Diego, CA for the 2022 United States Police and Fire Championships. This is only the second year that the United States Police and Fire Championships has offered Brazilian Jiu Jitsu and it had the most competitors ff all of the sports offered!
Blue belt Blaine Lopes, who works for Cal Fire, competed in both the gi and no gi portion of the event. On Friday, Blaine placed 3rd in the Open Division (3+ years experience) for his weight class, which included blue belts through black belts.
On Friday, Blaine was once again on the mat for the gi competition, batteling his way to two victories and ultimately taking his place at the top of the podium with a gold medal.
With his victories, Blaine has qualified for the World Police & Fire Games in Rotterdam.
Be sure to check out the United States Police and Fire Championships at www.cpaf.org and Blaine’s sponsor, Bio-One Inc at www.biooneinc.com
Tweet